Taking a crack at the glass ceiling in the male-dominated world of classical conducting, this series, which is specially shot for mobile viewing, features the young, talented Lucie Leguay. She won rave notices during a showcase for young conductors organised by the Philharmonie de Paris in 2018, and will share her experiences conducting various orchestras. From electro to classical, pop to contemporary music, this explorer of music navigates between universes in search of the absolute tempo.

This series in 5 episodes of 8 minutes each is directed by Camille Ducellier and produced by Upian, in association with the Cité de la musique – Philharmonie de Paris, with the support of YouTube, CNC, Sacem and Dominique Senequier. 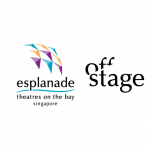