France Alumni Singapore is happy to announce the winners of its first ever online photo contest on the theme “My Idea of France”!

A total of 64 photos were received. Each photo was a winner in its own right and the choice to pick the top three was hard.  However, after several rounds of deliberations, the jury finally selected the followin :

This photo was taken the day France won the World Cup in 2018. It was shot as I followed the celebrating crowd from Les Halles to Les Champs-Élysées. My idea of France is of unity, and the sharing of joy.

Andrea wins a Gourmet Hamper from Classic Deli worth SGD250.

The beauty of France to me lies in its people.
While ancient architectures such as Sacré-Cœur may have centuries in stories, it represents differently to each and everyone of us. Be it a tourist admiring its grandiose, an artist reproducing it on paint, to even strangers celebrating their common interests on a rue. What I enjoyed particularly was to uncover the interpretations and expressions behind each pair of eyes. “This world is but a canvas to our imagination.” – Henry David Thoreau. That is my picturesque view of the City of Love.

Neo wins a bottle of Champagne and the catalogue of the exhibition “Angkor” presented during the 2018 edition of Voilah! France Singapore Festival. 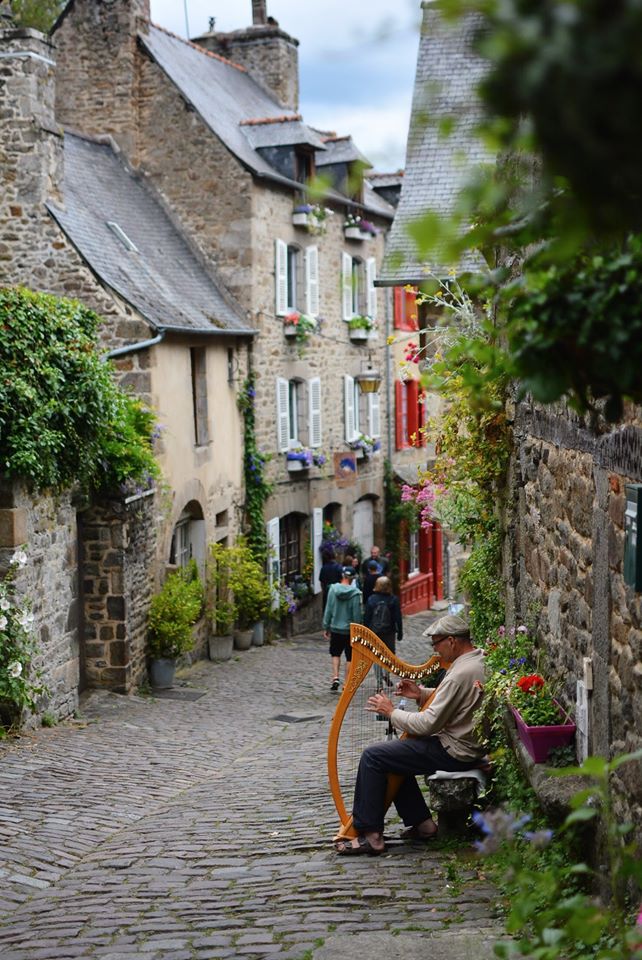 “Harp player in Dinan: There’s much more to France than just Paris. Smaller towns also have plenty to offer – and to date, strolling around Dinan is one of my fondest memories. It’s quaint, charming and postcard-perfect at every turn. I’ll always remember this moment we chanced upon a harpist playing for himself in a nearly-empty cobblestone street. It was magical.”

Cheryl wins a Campus France goodie bag and the book ”Voyageurs, Explorateurs et Scientifiques – The French and Natural History in Singapore” published during the 2019 edition of Voilah! France Singapore Festival.

The Public Prizes for the most-liked photos on our Facebook page go to Bruce Lim, Suzie Zhang and Kwang Yue Chia. They win a Campus France goodie bag.

Congratulations to all our winners!

Once again, thank you everyone for your participation. To look at all the submitted photos, click here.