Footprint was first exhibited at the Paris Town Hall in 2015 during the COP21 which led to the Paris Agreement. Produced by a collective of journalists named Argos, this exhibition showcases innovative ecological solutions by citizens all over the world.

Argos met these men and women who have taken the initiative to reduce their environmental footprint. In the big cities, in remote rural areas, in the mountains, on the edge of the desert, in the middle of the forest or surrounded by the ocean, the exhibition shares their daily lives to tell their stories. Whether they live on the other side of the world or close to home, they show us that humankind can occupy the planet in a different way, one that is fairer, more harmonious and sustainable.

Cécile Bontron in an award winning reporter working for the French and international press on stories specialised on environment and society. She garduated from the School of Journalism of Strasbourg (Cuj). She noteworthy worked on rare earth in China, over fishing and modern slavery on boats and won many prizes thanks to this investigating work (prix Louise Weiss du journalisme européen, bourse Lagardère journaliste de presse écrite, la bourse brouillon d’un rêve journalistique de la Scam…)

Jérômine has been a freelance photojournalist for more than 20 years, and a member of the Collectif Argos since 2006. She works with the French magazine press. Her subjects are mainly about nature in the city and sustainable agriculture, in France and in the world.
Graduated from the Ecole Nationale Supérieure Louis Lumière (92), Jérômine also followed a photojournalism training at the EMI-CFD (98). She received the Kodak Critics Prize (2002), the 3P Grant (2004), finalist at the Académie des Beaux Arts (2011), outstanding file at the Museum of Natural History Grant (2012), finalist at the Days Japan Prize (2018). 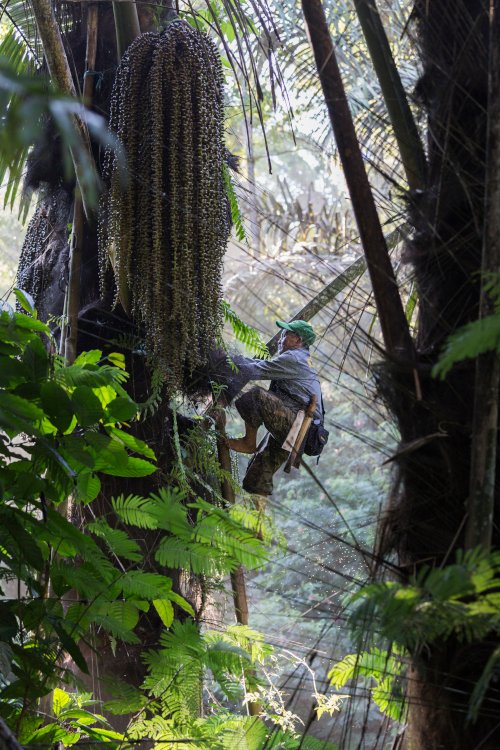 GARDEN BY THE BAY