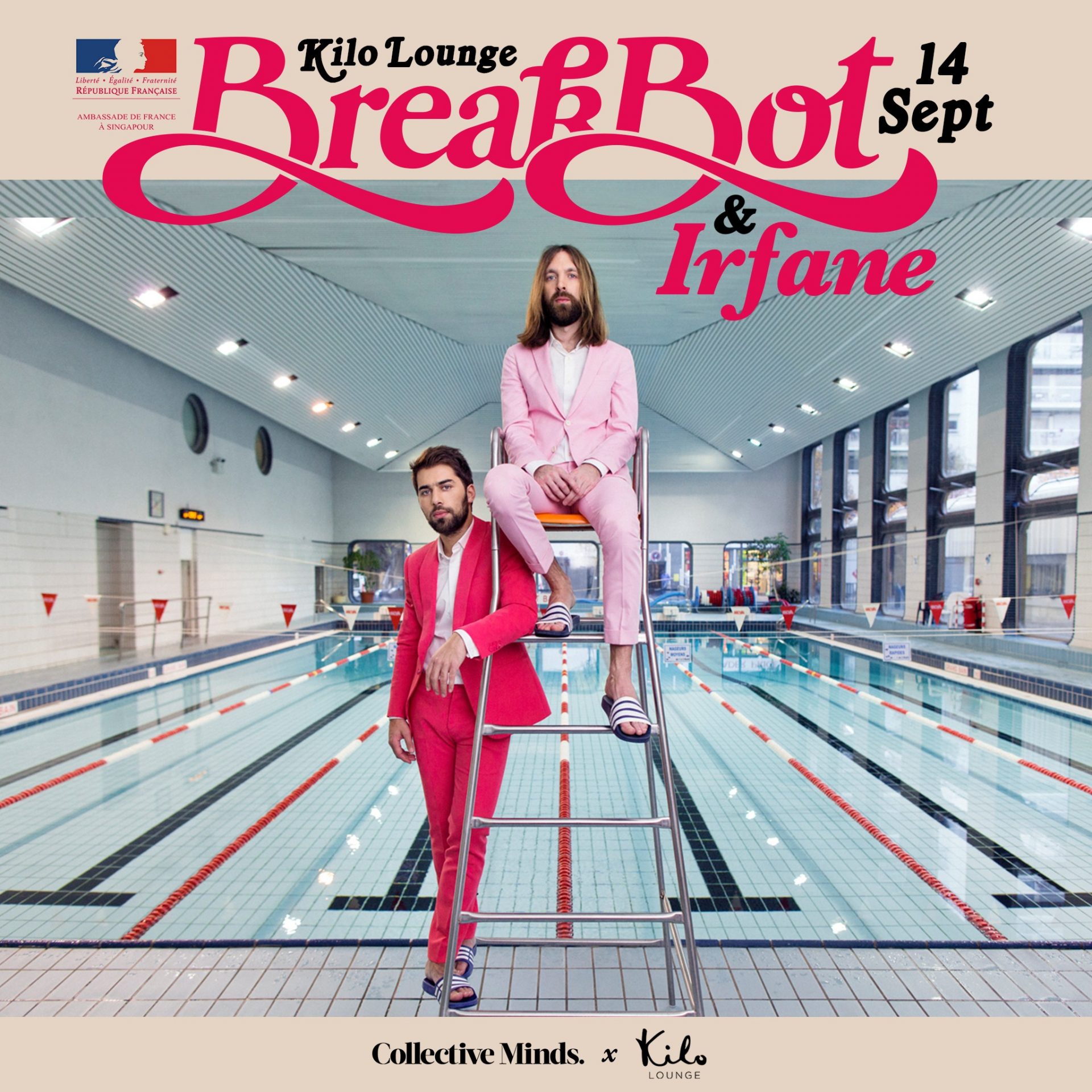 It’s going to be another epic night of non stop dancing at Kilo Lounge!

In 2016, the new Breakbot version “one plus one” will released a second album, Still Waters, a new assortment of southern sunrays, with swinging images of dancefloors filled with guys in flowing trousers and bare-shouldered young girls. Unlike the previous album, this one is more of a matrix with intricate workmanship, carved out with the help of old analogue machines rather than softwares. Thirteen bouncy acts with Stevie Wonder and the Motown crowd in the background, spouts of funk and disco on a well-trodden dancefloor.

July, 2018 saw Breakbot and Ruckazoid release stunning visuals for their track ‘Another You’. Both artists merged to create Ruckazoid, a cosmic pimp, who distributes his love to humans by taking them across the galaxy on the planet love. Like so much else in his music career, the video is a nod to Breakbot’s eye for graphic design and animation, and his personal experience as a computer graphics student.

For more information and to buy a ticket, just click here.