A century of travel in French cinema

Positioned as an inquiry around NUS Museum’s exhibition, “…you have to lose your way to find yourself in the right place” Selected Works by Gilles Massot, this four-part film series reflects on a century of journeys as presented within the French consciousness, where identity and itinerancy are twin notions that lay the tracks for such sojourns across fictional lands and foreign spaces.

The title takes its cue from Derrida and Malabou’s analysis of the voyage as a matter of “deriving and arriving” and examines the exhibition’s titular trajectory, picking out “…you have to lose your way” as a premise of dériver (to leave the shore), that stands in ambivalent relation to its conclusion “to find yourself in the right place”, the arrivée (to reach the shore). In an attempt to articulate the slippages that occur between these two states where derivations and driftings may reach a destination anticipated or unexpected, the films presented meander through the sentiments of play, travel and art-making, arriving eventually at the dialectics of cultural baggage, socio-political dynamics and memory.

Pieced together using archival footage from Gaston Méliès, a pioneering French film maker and brother of the more renowned Georges Méliès, this documentary traces his journey through Asia in the early 20th century. 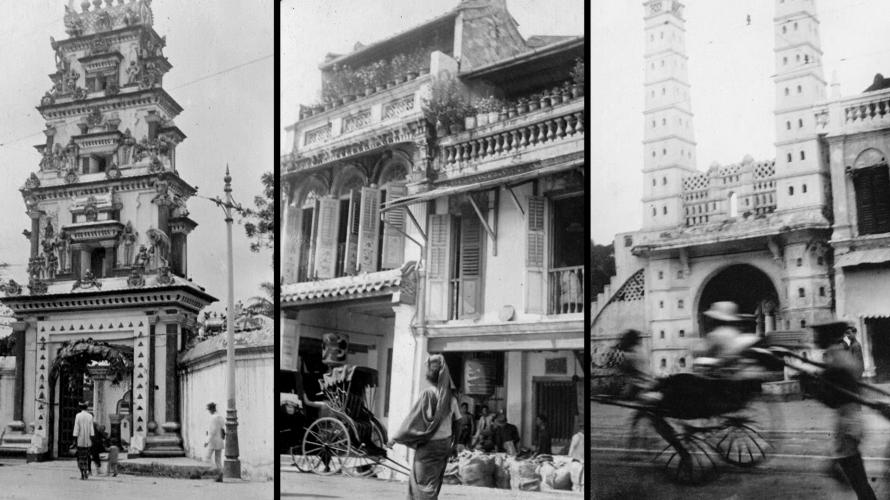