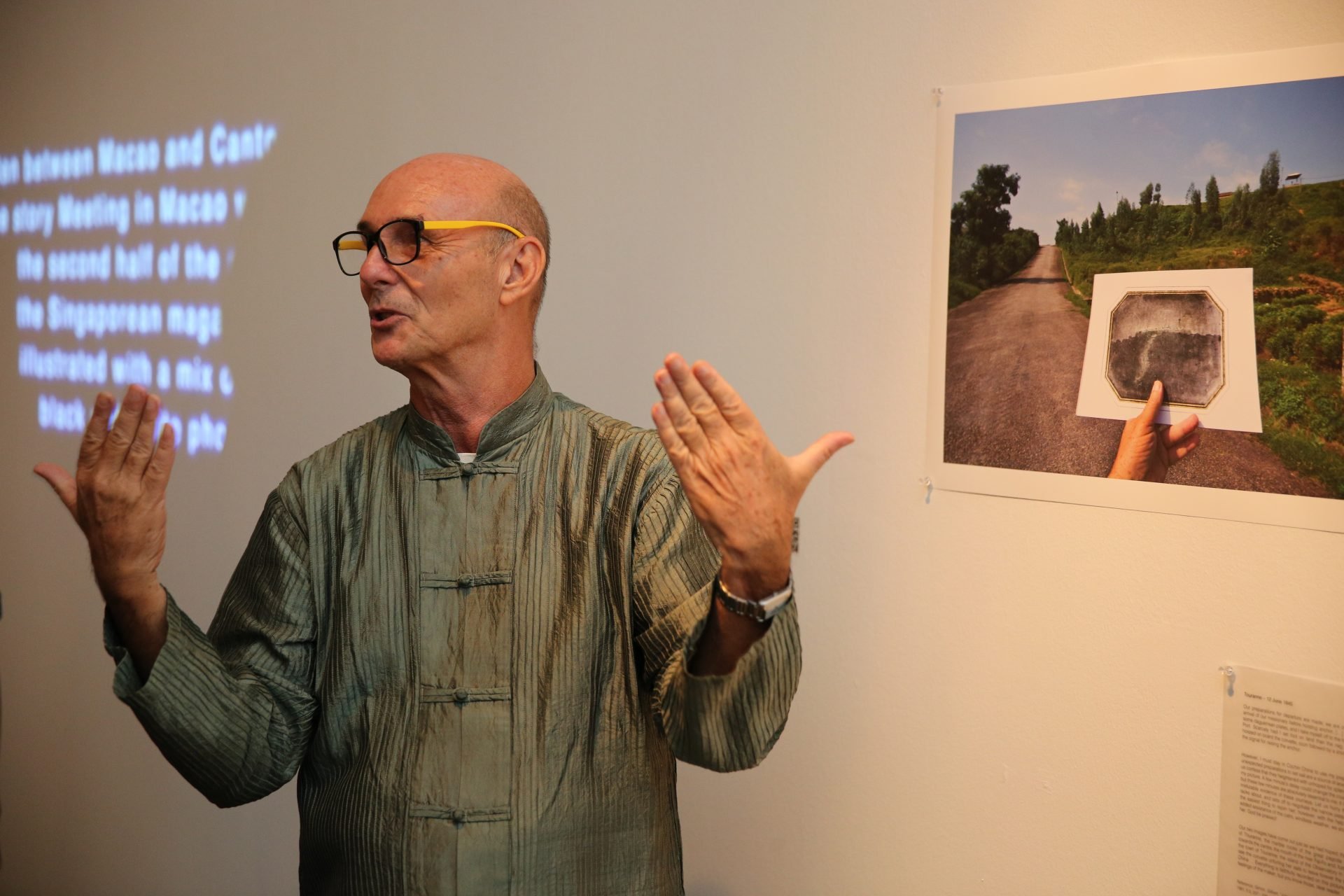 This iteration of Grounded Conversations brings together Gilles Massot, Debbie Ding and Richard Chua for a panel discussion: three arts practitioners from perceptibly distinct backgrounds, yet guided by a common thread of refusing a straightforward discipline. Conceived around the ongoing exhibition “…you have to lose your way to find yourself in the right place” | Selected Works by Gilles Massot, the suggested titular meanderings will be used as a prompt to elucidate the meanderings taken in their individual practices. In so doing, the investigations and processes of the creative act form artistic strategies which order the world in unique ways, allowing each of these artists to negotiate identities and subjectivities of the local.

About the speakers
Gilles Massot is a multidisciplinary artist and academic whose works are based on the idea of “the space between things”. His art projects aim to establish links and decipher the narratives existing between disciplines, people, occurrences and parts of the world. Massot teaches in the McNally School of Fine Arts, LASALLE College of the Arts. His recent exhibitions include The Probability of Veracity Part 1 (2017) and Part 2 (2018) and Tints & Dispositions: Gilles Massot (2017) among others. Massot grew up in Provence, France and has lived in Singapore since 1981.

Debbie Ding is a visual artist who uses technology-aided methodologies to construct sculptural installations. Her art projects explore a variety of subject matter including social phenomena, geology, architectural forms and scientific experimentations. Her recent projects include Sub-Monument (2019), War Fronts (2017), and The Library of Pulau Saigon (2015). Ding was a President’s Young Talent Finalist in 2018. She graduated with a BA (Hons) in English Literature from the National University of Singapore and an MA in Design Interactions from the Royal College of Art, London.

Richard Chua Lian Choon is an educator, writer and theatre practitioner. His research interests lie in Chinese theatres in Singapore and Malaysia, theatre ecologies and culture, performance and politics, entertainment arts, and online arts criticism and media. He is a lecturer at the Management Development Institute of Singapore where he teaches performing arts and communications. Chua is the founder and co-editor of Theatrex Asia, an online magazine about the performing and performance art scenes in Singapore.

About Grounded Conversations
Presenting a series of distinct projects on how art practitioners have begun to adopt comprehensive paradigms in their methods, associated variously with environs and formal interests, negotiated through research and rooted commitment, Grounded Conversations brings together practitioners from the contemporary art world to explore artistic productions and their contexts.