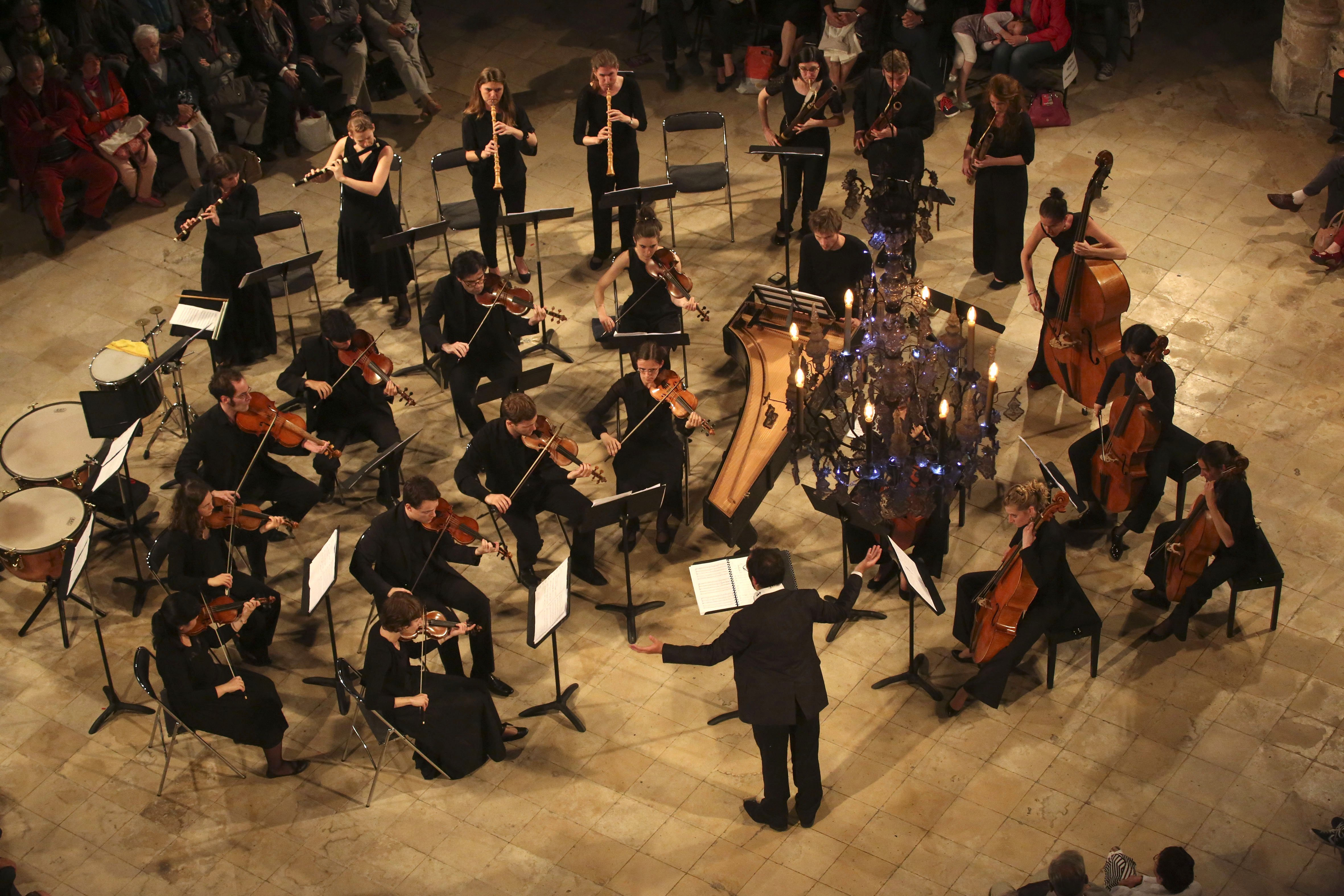 Les Éléments was ordered by the King of France Louis XV and first performed at the Tuileries Royal Palace in 1721 with the King himself—aged 11 at the time—dancing with other young members of the royal Court. The piece had had a great impact on the whole 18th century in France, as it has been performed in Versailles, Fontainebleau, and adapted in chamber versions to be performed in smaller, provincial courts.

Louis-Noel Bestion de Camboulas, Conductor of the Ensemble “Les Surprises,” has recently re-written a chamber version of the opera-ballet in four acts—Air, Water, Fire, and Earth—as it could have been played in provincial courts, for smaller, more intimate audiences.