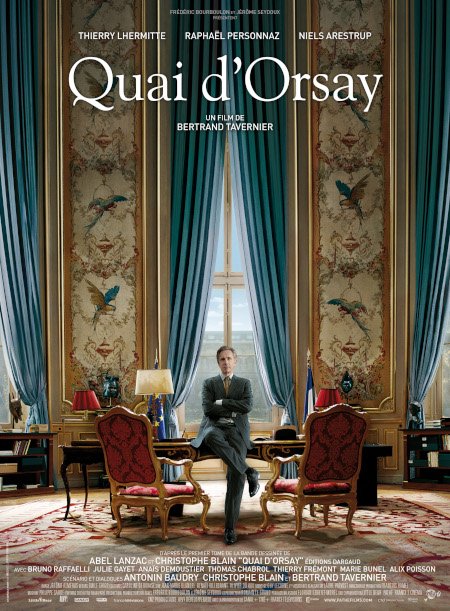 In collaboration with the Singapore Writers Festival

Based on the award-winning graphic novel by Abel Lanzac

Doors slam and papers fly in this off-the-wall comedy about French politics directed by master filmmaker Bertrand Tavernier (The Princess of Montpensier). Tavernier’s blistering assault – based on the award-winning graphic novel by Abel Lanzac, a former government speech writer – zeroes in on fictional Minister of Foreign Affairs Alexandre Taillard de Vorms (a tour-de-force comic performance by Thierry Lhermitte). A human whirlwind and a man confident in France’s importance on the world stage, de Vorms takes on American neo-cons, corrupt Russians and the opportunistic Chinese while his hapless speech writer (Raphael Personnaz) endures the eccentricities of his megalomaniacal boss and his sycophantic entourage. In the vein of recent political comedies such as In the Loop, The French Minister is a hilarious send-up of diplomacy and international politics with rapid-fire dialogue and a brilliant ensemble cast.