On 10 March at 5.00pm, the French Lab Singapore will be holding its monthly casual meeting referred to as the ‘AfterLab’ with Francisco “Paco” Chinesta, Professor of computational physics at ENSAM Institute of Technology (Paris, France) and director of the CNRS@CREATE DesCartes programme.

Francisco Chinesta is also Honorary Fellow of the “Institut Universitaire de France” (IUF) and Fellow of the Spanish Royal Academy of Engineering. He is the president of the ESI Group scientific committee and director of its scientific department. He was Airbus Group chair professor (2008-2012) and since 2013 he is ESI Group chair professor on advanced modeling and simulation of materials, structures, processes and systems.

Members and non-members feel free to join us! Register here. 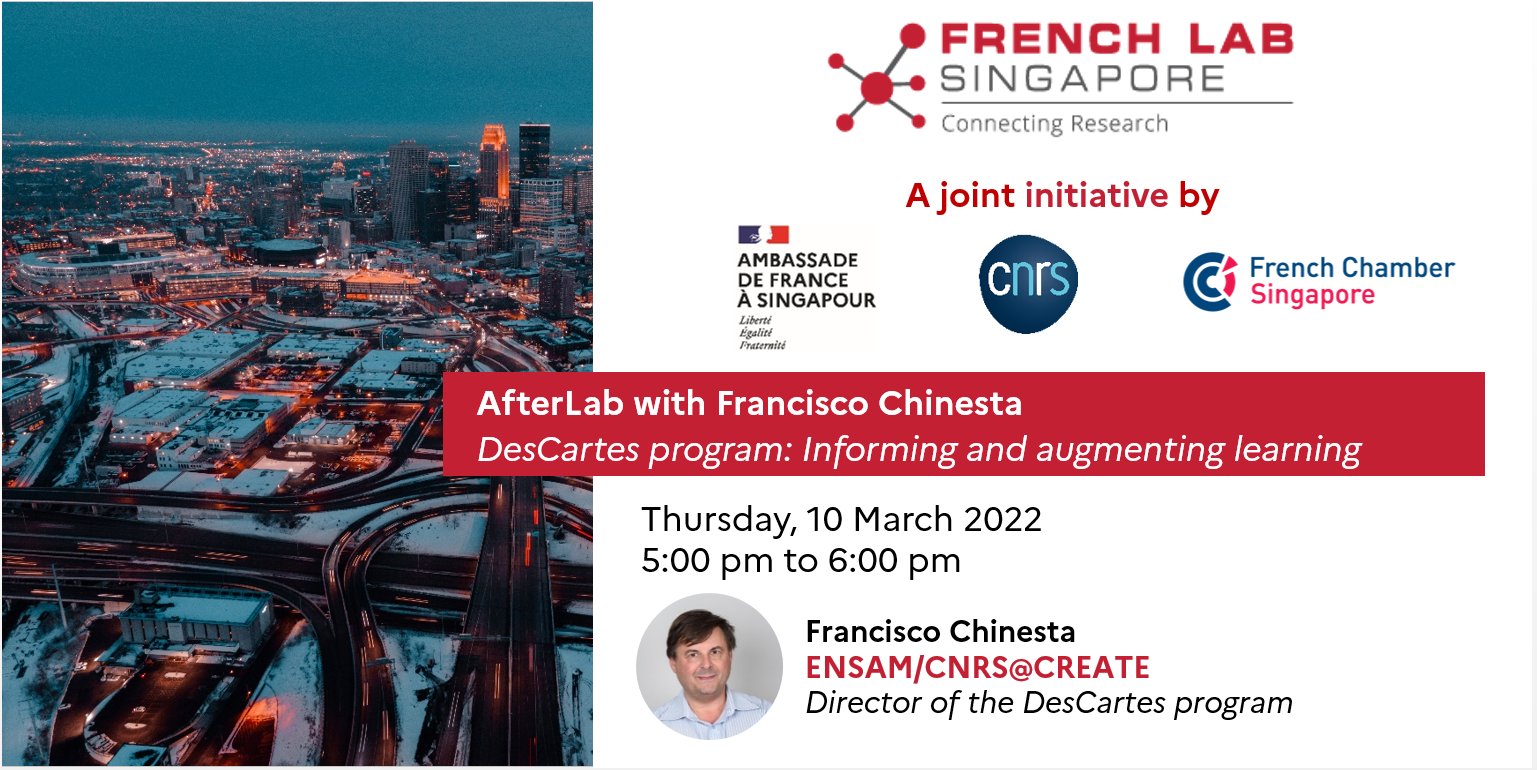