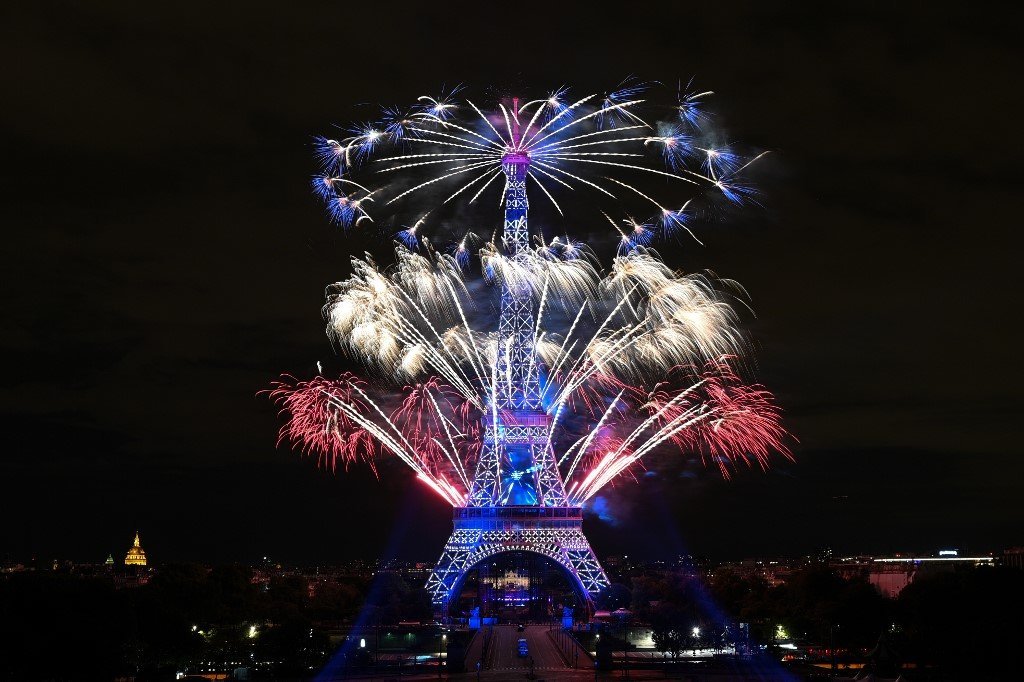 The French National Day is celebrated on 14 July each year. This day commemorates two distinct events: the Storming of the Bastille on 14th July 1789 that marked the sudden entrance of the people on the scene of French history; the Festival of the Federation on 14 July 1790 that affirmed the Nation’s unity in the midst of revolutionary transformations. Both dates symbolize the French Revolution, which gave birth to the French Republic and enshrined the values of liberty, equality and fraternity in political history. 14 July has become a major public holiday, traditionally considered as the symbol of the French Revolution.

Today, the celebration of 14 July is held all over France. The oldest and largest military parade in Europe takes place on the morning of 14 July on the Champs-Elysees in Paris, in front of the President of the Republic, French senior officials and foreign guests. The procession is made up of military units.

We can’t talk about 14 July without mentioning fireworks! Celebratory fireworks are held all over France on that day. The most famous display is in Paris where thousands of people gather around the Champ-de-Mars, on the Seine for the view of the fireworks against the Eiffel Tower. The impressive firework show will last about 35 minutes.