The opening night on 25 March will see the release of 100 unique copies of la pensée sauvage. The AI-generated art book presents a series of images generated by the system in a curated way, along with texts conjuring Claude Levi-Strauss, Jack Goody, Arthur Rimbaud, Muhammad ibn Musa al-Kharizmi and Paracelsus to spark reflections on how technology shapes our experience of reality.

From 9 to 10pm, psychedelic act Mantravine will perform a new composition for the occasion, using the sounds of insects, birds and forest wildlife recorded by Boisson himself in places like Sungei Buloh, Mac Ritchie and Bukit Timah. The music accompanies a video created with the same neural network used for the exhibition images (this is a ticketed event).

On closing night (8 April, 8pm), gamelan assembly Skala will present a creation mixing traditional Javanese gamelan, electronics and vocals, evoking one last time the ghost of Antonin Artaud and his experience with Indonesian tradition (this is a ticketed event).

The show explores the distance between reality and the representations we build around it. How can we function together, when we are in a constant state of negotiation about what these representations should be? How do we accept reality, with our desperate need to control the narrative as a means to accept and live with it?

Presented in three parts, the work shifts from a controlled and intentional process of taking pictures of nature depicting its surrealism, to a nearly infinite number of images generated by artificial intelligence.

The artist intentionally deconstructs his radical photo-taking process, and presents all its parts for viewing — exposing the magic trick. From carefully crafted photographs through mass produced ones all the way to artificially produced representations without an object — where agency and creative control have disappeared.

Tickets available online for the performances on 25 March and 8 April. 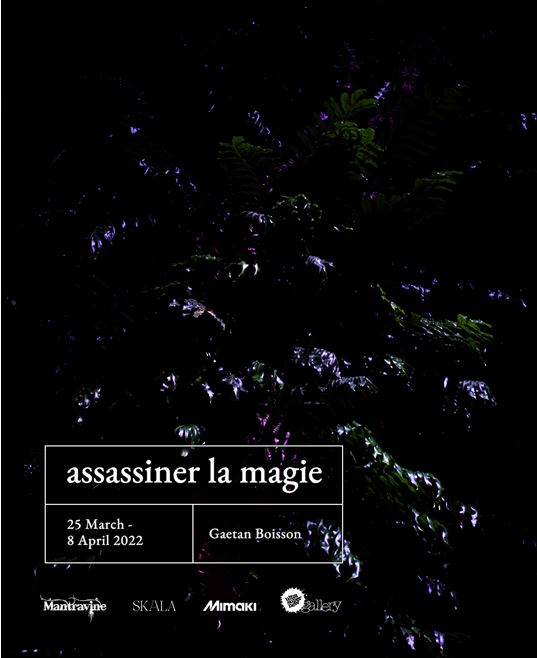