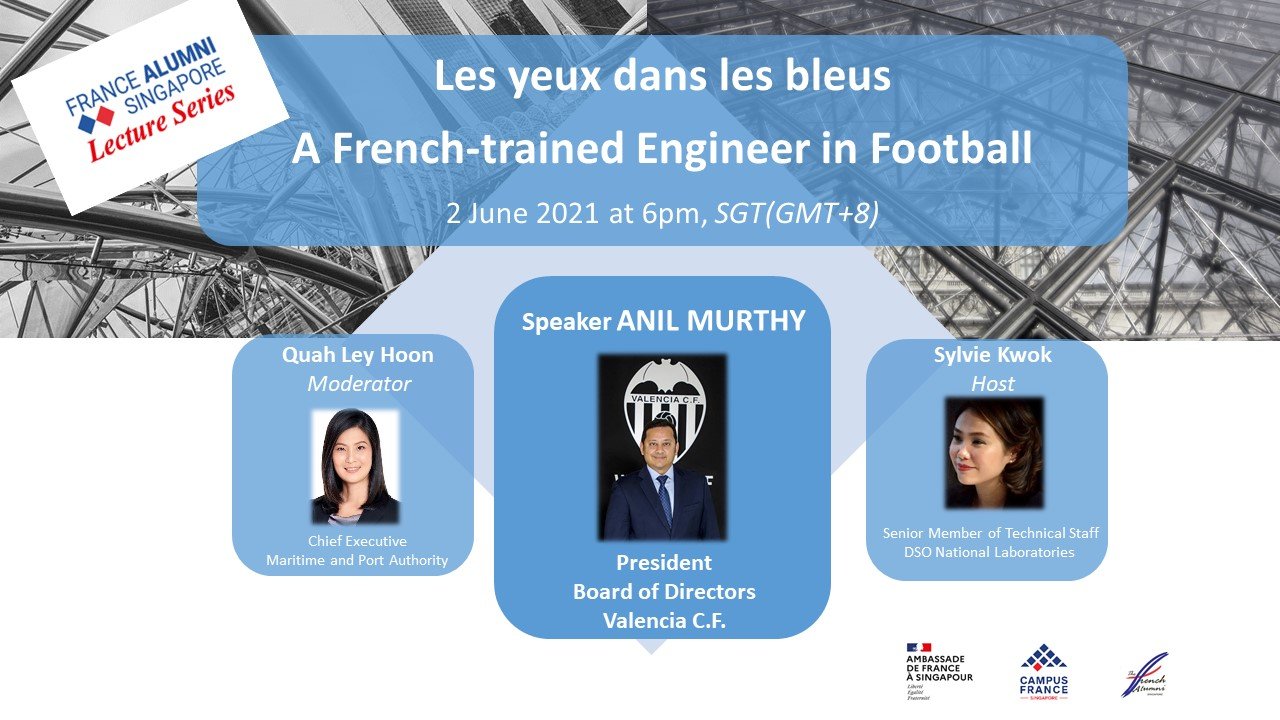 Anil Murthy was a diplomat with the Singapore Ministry of Foreign Affairs specializing in European affairs prior to joining Valencia Football Club in Spain. He was the Deputy Chief of Mission in Paris and concurrently Permanent Delegate to UNESCO for 4 years. He has nearly 16 years of experience in the Singapore government advising ministers on public policies ranging from trade, culture to diplomacy. Anil Murthy graduated from ESTP Paris with a Diplôme d’Ingénieur in Electrical and Mechanical Engineering and has an MBA from INSEAD Business School.

Registration for the event here