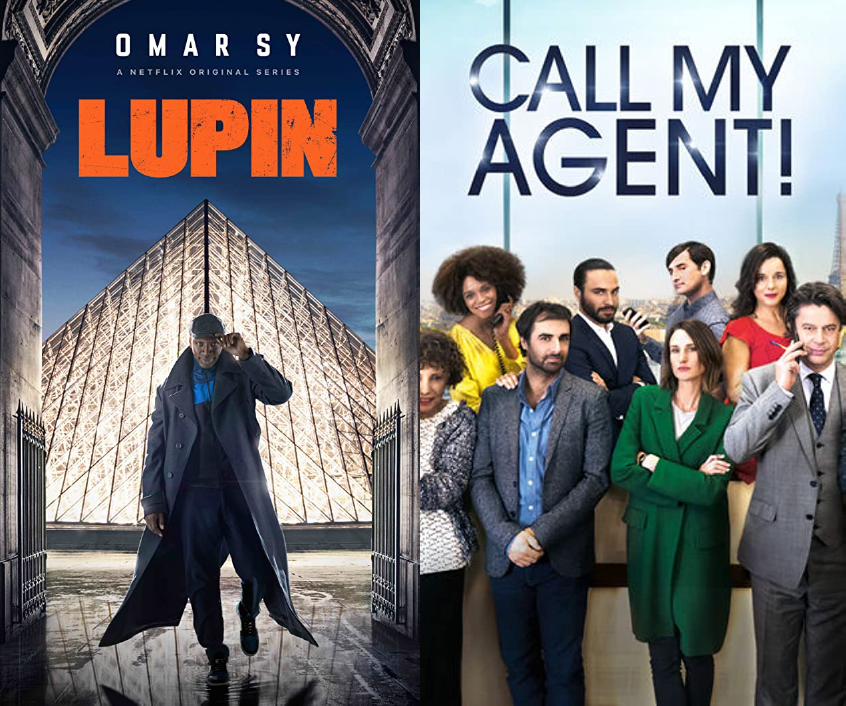 Thrillers, drama, love, and a lot of laughs; whatever your heart’s desire, you will probably be able to find them in French TV series. Recently, French TV series are on a rise with many topping the international charts, outshining the top United States and British shows. This is the new French wave on television and spearheading this change are two French series: Lupin and Dix pour cent (Call My Agent).

Lupin holds a record for the most-watched French series on Netflix. Over 70 million households within the first month of the screening have screened the series. The huge international success must have been attributed to the charismatic actor Omar Sy and the interesting and thrilling plot. Produced by the studio Gaumont and written by briton George Kay, Lupin follows the main character, Assane Diop, who uses the inspiration of Arsene Lupin, a gentleman burglar by French novelist Maurice Leblanc, on his quest to avenge his father for an injustice inflicted by a wealthy family.

Call My Agent is a comedic series about a Paris talent agency, this series is created by Fanny Herrero and features cameos from top French and Hollywood stars. The plot follows a French talent agency managing some of the country’s top acting talents and the struggles and drama that brewed within the company. Famous stars, such as well-known Monica Bellucci, Jean Dujardin, Juliette Binoche, and Isabelle Huppert, were invited to play exaggerated versions of themselves in the series. Call My Agent is back for the fourth season on Netflix. Dominique Besnehard, a former famous French talent agent, who worked closely with directors, screenwriters, actors and producers in the playwright process, making this series as realistic as possible. For those who have already finished all 4 seasons, fear not, there have been rumors that the fifth series is in the making.

Enticed? You will be able to watch these two series on Netflix Singapore anytime at your convenience.