Marcel Marceau, most commonly known as Le mime Marceau, was a French actor and a mime artist famous for his stage persona, “Bip the Clown”. He gave his first major performance to 3,000 troops after the liberation of Paris in August 1944 and, following the war, studied dramatic art and mime in Paris. He was the receiver of many awards and honors in his career years, amongst them, the “Grand Officier de la Légion d’Honneur” and the National Order of Merit in 1998 in France.

As a Jewish youth, he lived in hiding and worked with the French Resistance during most of World War II. Considered beacon of hope for the lost and desperate in times of unimaginable suffering, he helped over 100 orphans escape to safety in Switzerland.

Discover this part of this life story unfold onscreen:

RESISTANCE – IN THEATRES ON 6 AUGUST 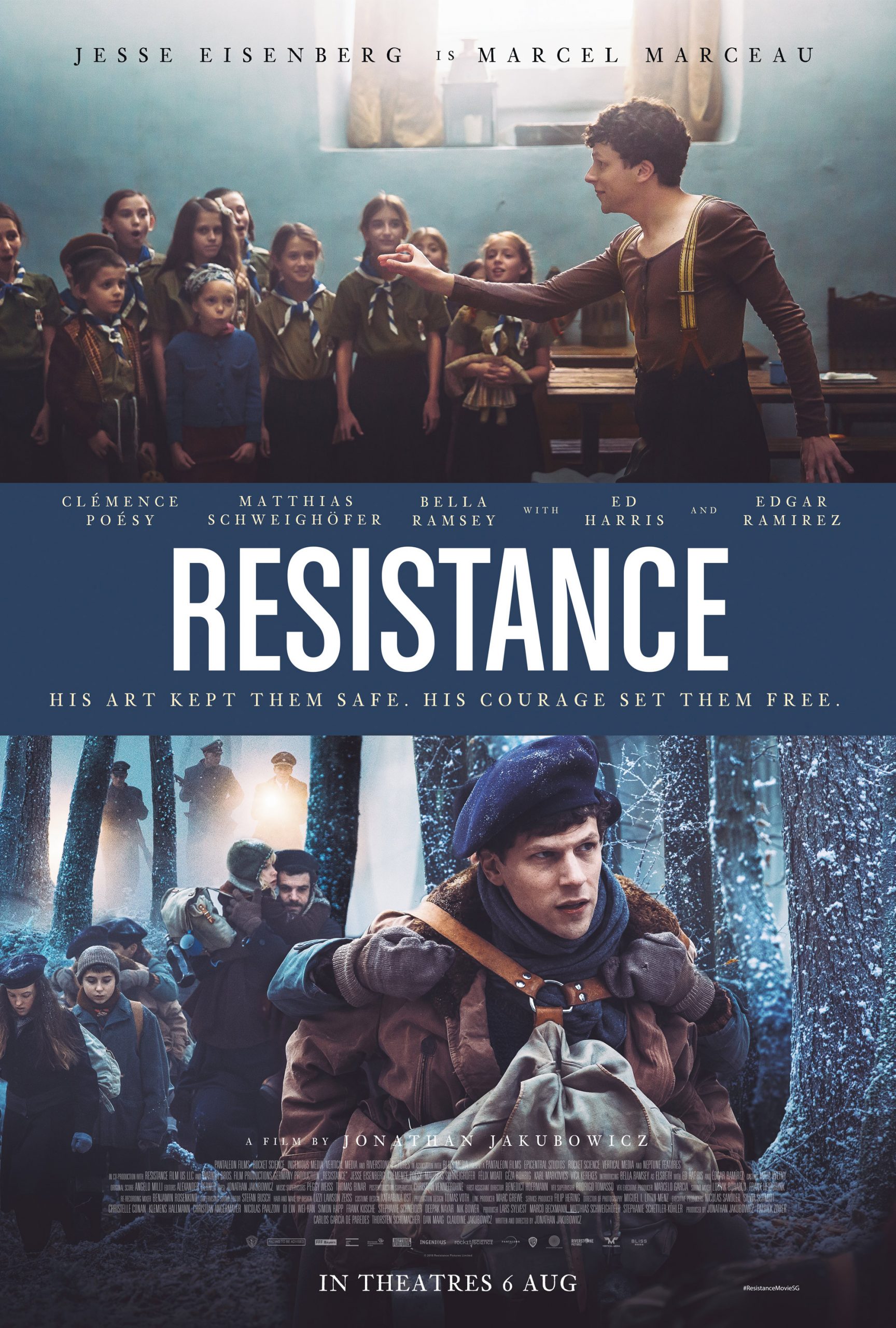 All Marcel Marceau (Jesse Eisenberg) wants is a life for the arts. Working at his father’s butcher shop during the day, the talented mime tries to make his dream come true on the city’s small stages and to win the affections of politically active Emma (Clémence Poésy). To please her, Marcel agrees to join a dangerous mission that will change the course of his life forever: they want to save 123 Jewish orphans from the grasp of the German Nazis and the ruthless Obersturmführer of the SS Klaus Barb (Matthias Schweighöfer) and take them across the border to Switzerland. Together with Emma, Marcel joins the French Resistance to stand firmly against the atrocities of the war. His art will prove the greatest weapon against the horrors of war…