Pre-registration here / First round of tickets here / Second round on Friday 15 November, 6PM

Cercle is a French livestream media dedicated to promoting artists and venues with an exceptional production. The goal is to raise awareness around art, cultural heritage and great sceneries throughout two noble and federating arts, music and video. Cercle films and broadcasts DJ sets & live performances on Facebook in carefully and unusual places: Cercle has already collaborated with multiples venues like the Effeil Tower, Fontainebleau’s castle, Chambord’s castle, Montparnasse tower observation deck…

Every other Monday, one artist plays for 1 hour live or DJ set performance broadcasted live on the Facebook page. After the performance, Cercle interviews the guest who receives at the end a mistery box as a gift from the French media.

To see all the artists who collaborated with Cercle, consult Cercle’s Youtube channel. 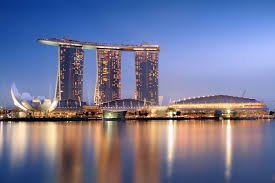 The concert will happen at Ce La Vi, on top of Marina Bay Sands. With it’s particular boat shaped architecture, Marina Bay Sands is Singapore’s most iconic hotel for the world’s largest rooftop Infinity Pool, award-winning, and a wide range of shopping and entertainment options.

The artists will be shot from multiple angles by cameras and a drone and broadcasted live on Cercle’s Facebook page. After the performance the artist will be interviewed and the online audience will be able to ask their questions.

The Martinez Brothers, two of the leading DJs in the house world

The Martinez Brothers, an American DJ duo, are two of the most recognizable global stars in house, techno, and club culture.

Since first hitting the road at ages 15 and 17, they have gone on to sell out some of the world’s largest venues, performing regularly in hotspots like Ibiza, quickly rising to become leaders within dance music’s new guard.

To get more information about the event click here