In partnership with Shaw Organisation we are excited to announce launch of the Singapore French Summer Festival (SFSF), the online film festival featuring a selection of French movies on the newly launched digital platform, KinoLounge By Shaw Theatres!

Presented for the very first time, the festival will showcase a mix of 8 recently-released French films never seen before in Singapore, as well as some well-loved and popular titles for the whole family. Set to engage and inspire Singapore audiences, this selection of movies will showcase the diversity of French cinema, with special emphasis around family movies, comedies, adventures, animation films and drama.

Q&A sessions will also be organized online and the audience can look forward to get up-close and personal with the film directors and cast!

This summer, make a date with French Cinema! Watch for more details coming up soon! 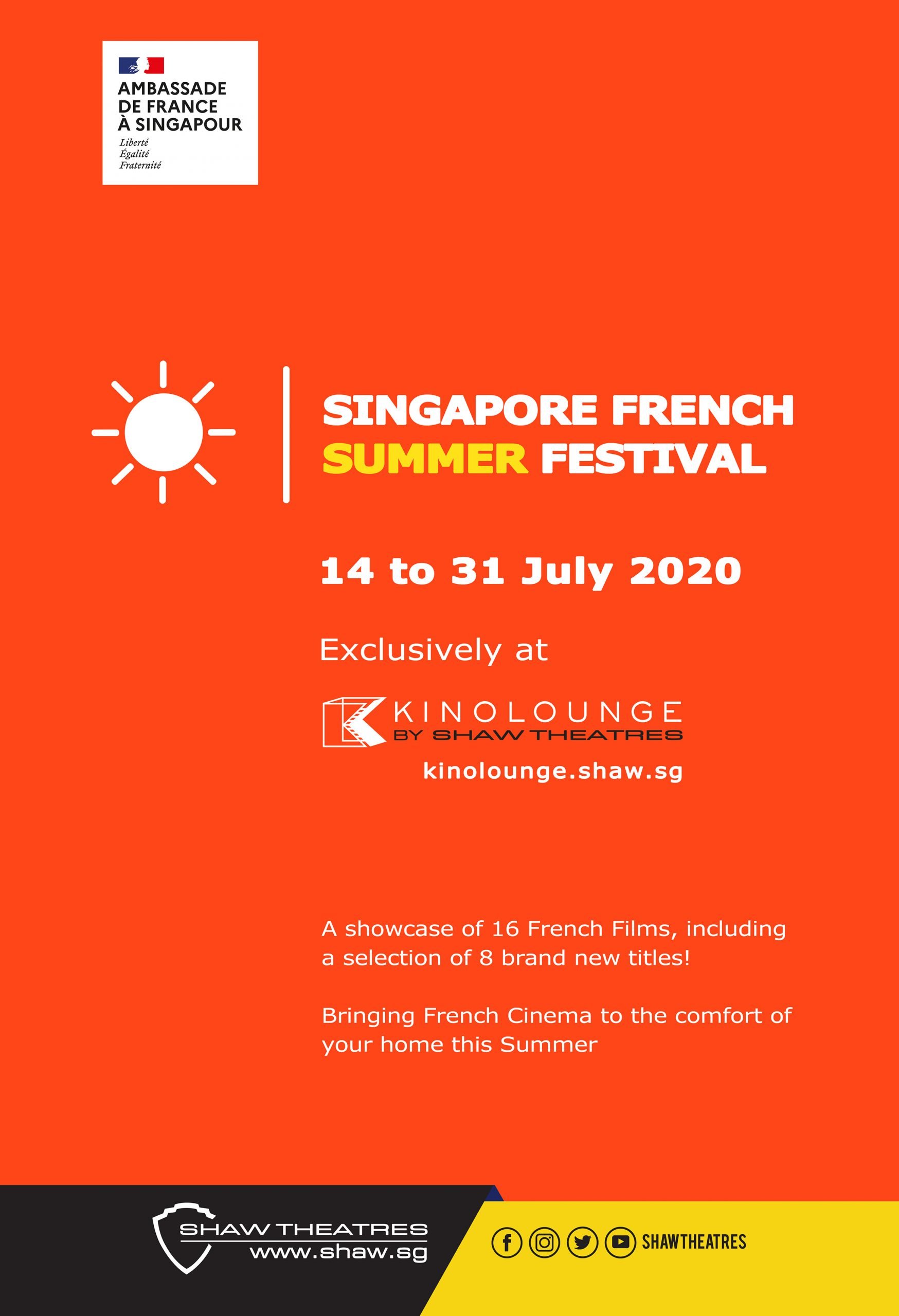