Aimo Pagin and Philippe Cassard to perform at Esplanade

Following the recent success of its 2nd edition in Reunion Island, the 3rd edition of the International Piano Island Festival will take place in Singapore from the 1st to the 7th July 2019.

For this 3rd edition, the festival will be featuring once again some very established names in the world of pianists such as Philippe Cassard (France), first prize of the first International AXA Dublin Piano Competition, Dario Dandela (Italy), a disciple of the late Aldo Ciccolini, Poom Prommachart (Thailand), a superstar pianist of the next generation as well as Aimo Pagin (France) who had a huge success from the first edition.

The festival will be presenting numerous public masterclasses, recitals and a festival competition offering many attractive prizes.

The invitation of French pianists is organised with the support of the Embassy of France in Singapore. 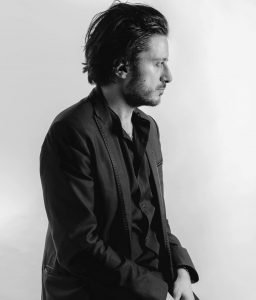 Born in 1983, from a musical background, Aimo Pagin decided to devote himself to his passion. He started piano at age 7, at the conservatoire of Strasbourg with F. Claustre, and then at the conservatoire of Colmar with Rena Shereshevskaya, where he finished his studies, receiving unanimously the diploma for piano, music theory as well as chamber music.

In 2001 he was accepted to study at the Conservatoire supérieur de musique in Geneva, with Dominique Merlet for three years, ending with the highest dinsctinction, the Diplôme de Soliste. 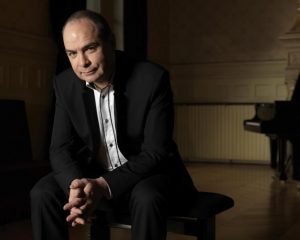 Born in Besançon, Cassard was trained at the Conservatoire de Paris where he won two first prizes, for piano (Dominique Merlet’s class) and for chamber music (Geneviève Joy’s class) in 1982. He then spent two years (1983–85), at the University of Music and Performing Arts Vienna (Hans Graf’s and Erik Werba first classes). After perfecting his skills with Nikita Magaloff, he was awarded at the Clara Haskil International Piano Competition, then in 1988 he won the famous Dublin International Competition.

A regular producer at France Musique Radio since 2005 with more than 400 broadcasts of “Notes du traducteur”, a program that was crowned by the SCAM prize for “best sound work” in 2007, all radios combined. A boxed set of 6 CDs containing some of the programmes he devoted to Schubert was released at the end of 2011 (France Musique/Harmonia Mundi) and won the Grand Prix of the Académie Charles-Cros. In 2015, another 6-CD box set was issued, this time dedicated to Debussy. Since September 2014, he has been collaborating on the broadcast Classic avec Dessay on France Inter, providing the musical programming.

He has been giving masterclasses since 2008 at the Royal Northern College of Music in Manchester (Visiting Tutor), and at the Tibor Varga Academy in Sion (Switzerland) during the summer. He was a jury member at international competitions in Geneva, Epinal, Dublin, Melbourne.