The 12th edition of the Singapore Night Festival will take place from August 23rd to 31st. On this occasion, come experience Luc Jacquet’s new creation, Collapse!

Collapse! is an immersive audio experience of the haunting effects of global warming and its impact on the world. Created by internationally-acclaimed film maker Luc Jacquet, the installation takes audiences to the scene of collapsing ice glaciers, melting ice beds and breaking icebergs in the South Pole. Featuring real rounds recordings captured on the artist’s excursions to Antarctica, Collapse! invites you to feel the sonic emotions of the failing planet, as imprudent human behavior causes its slow but sure deterioration.

The recreation of Luc Jacquet’s Collapse! is organised with the support of the Embassy of France in Singapore. 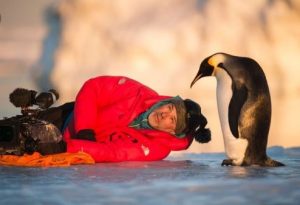 Born in 1967, Luc Jacquet is a French film director and screenwriter. Jacquet’s early interests in nature and animal lifeled him to obtain a master’s degree in animal biology and ecology from the University of Lyon. In 1992, he spent 14 months as part of a scientific research project in Antartica, where his duties included tagging the penguins. This experience resulted in his working as cinematographer on his first film, Der Kongress der Pinguine (1993; The Congress of Penguins), about the effects of pollution and other human interference on the species.

March of the Penguins, written and directed by Jacquet, follows the 12-month mating cycle of the emperor penguins in Antarctica. Winning an Oscar for Best Documentary Feature in 2005, it became one of the highest-grossing documentaries in history, posting box office returns of more than $77 million in the United States and another $50 million internationally.
Jacquet’s 2015 film Ice and the Sky was selected to close the 2015 Cannes Film Festival. 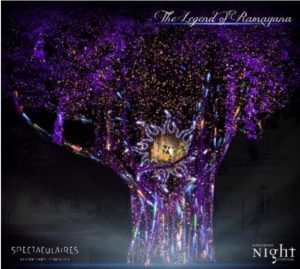 Inspired by the Asian Civilisations Museum’s collection of Nakashi Venkataramaiah paintings,
the artworks takes the audience on a journey of the Sanskrit epic poem The Ramayana. The epic
follows Prince Rama’s quest to rescue his beloved wife Sita from the demon King Ravana,
through the eyes of a venerable Banyan tree.

Accompanied with a soundscape composed by EZ3kiel, S.C.U.L.P.T immerses visitors into a
personal world of art and technology. Perfect union of both video mapping and interactivity, this artwork invites audiences to manipulate its form and appearance with simple laser beams.