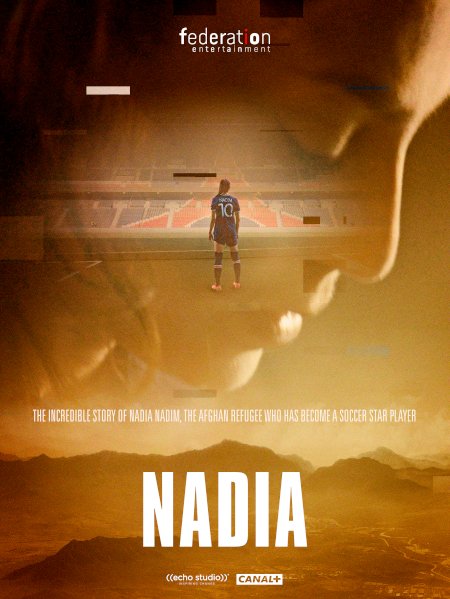 The incredible story of Nadia Nadim, the former Afghan refugee who became a star player for the PSG.
It follows Nadia Nadim, born and raised in Afghanistan until the Taliban executed her father in 2000, when she was 8 years old. This marked the start of two years of exile for Nadia’s mother and her five daughters (one was still a baby). Escaping on foot, long months spent waiting in Peshawar, Pakistan, flying to Rome under false identities, travelling on trucks, the fear of not arriving in Europe all together, negotiating with smugglers and their enormous power over life and death, refugee camps and finally… a new life in Denmark. This is where Nadia began her football career, from B52 Aalborg to Fortuna Hjørring in 2012. She made her Champions League debut the same year, scoring both goals in a 2-1 win over Scottish champion Glasgow. Nadia joined PSG in January 2018.

But Nadia’s goals extend far beyond football. This multi-lingual young woman is very committed to NGOs that support women, education and refugee children. She is also a future surgeon. What Nadia wants more than anything else, is to repair humanity.

The screening will be followed by a Q&A session with Anissa Bonnefont.

In French and English with English Subtitles.
Winner of the Jury Award of the 11mm Football Festival 2022 in Berlin.