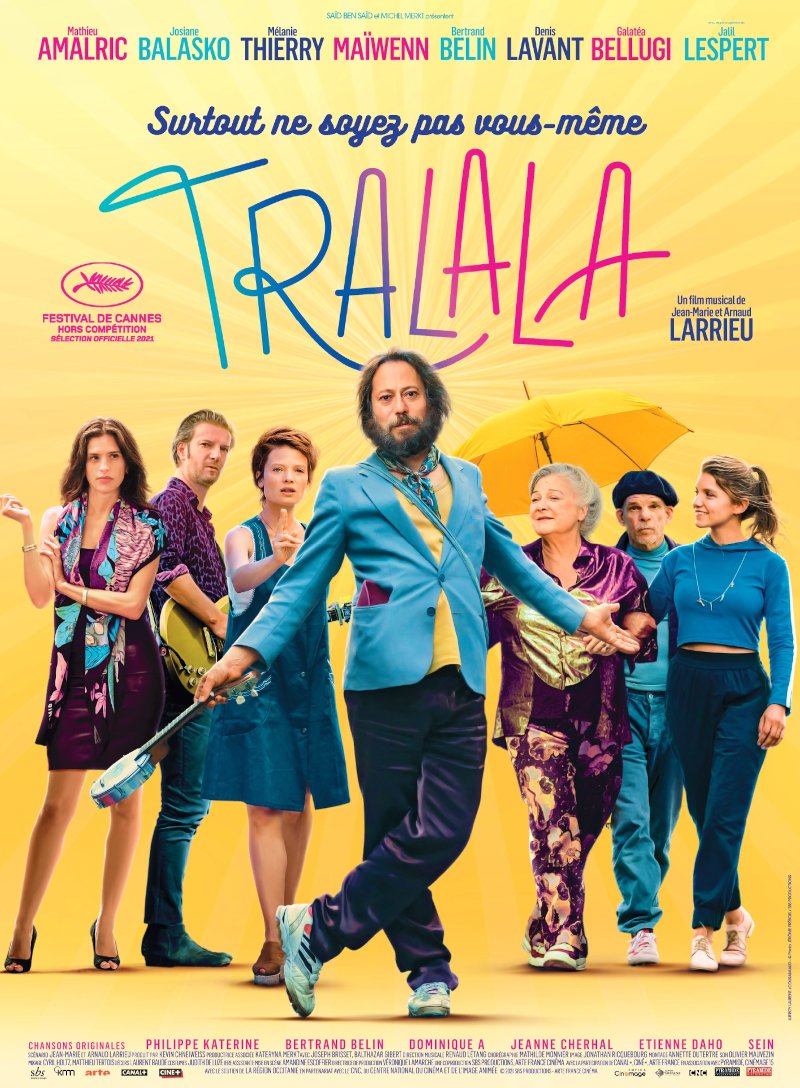 Tralala, in his forties, a singer in the streets of Paris, meets one night a very beautiful young woman who sends him a single message before disappearing: “Above all, don’t be yourself”. Did Tralala dream? He leaves the capital and ends up finding in Lourdes the woman he’s already in love with. She doesn’t remember him. But a moving sexagenarian believes that Tralala is actually her own son, Pat, who disappeared twenty years ago in the United States. Tralala decides to take on the “role.” He will find for himself a new family and discover the genius he never had.