Laure Adler is a French journalist and historian who has written several biographies of women: Marguerite Duras, Simone Veil, Françoise Giroud, etc. She worked as a secretary at France Culture Radio and twenty-five years later became its director. During this time she was also a presenter for a political show on French television and a cultural advisor to former French President François Mitterrand.

María Teresa Priego-Broca is a Mexican journalist, lecturer and writer. She studied Literature at the University of Monterrey in Mexico and went on to complete her Masters in Feminine Studies at the University of Paris 8. She is a part of the editorial committee of Debate Feminista, a magazine published under the National Autonomous University of Mexico and founded by one of Mexico’s leading feminists, Marta Lamas.  As a strong advocate of feminism, María Teresa Priego is also a founding member of the Simone de Beauvoir Leadership Institute (ILSB) in Mexico City. She has published numerous stories and articles in different Mexican media outlets. She is currently completing her doctorate studies in Psychoanalysis: Subjectivity and Violence.

In French with English subtitles. 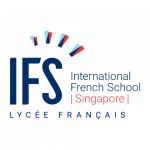 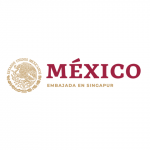